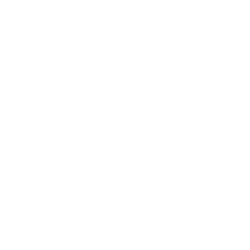 Maha Kundalini Tantra™, as taught by DaniëL Yuno, is a powerful, practical and efficient form of Tantra that aims to fully awaken the latent power of the Kundalini in the human body and achieve universal consciousness.

What is Maha Kundalini Tantra™

All Maha Kundalini Tantra™ techniques are used exclusively for two purposes: To prepare the battery, (the physical body), and make it suitable for the enormous amount of energy that is released and flows through the human body during a Kundalini awakening and Kundalini ascension and the attainment of Universal consciousness.

Perform no rituals.
Concentrates on the Divine Mother in all chakras.

Focuses on the manifestation of Kundalini in and through all chakras mostly from the tradition of Guhyasamaja Tantra.

Does not distinguish between ‘pure’ and ‘impure’. All is one; pure or impure are only human thoughts and judgments.

Uses unorthodox methods, views and techniques.
Emphasizes tolerance, freedom and openness.
Undertakes various activities including ‘prohibited’ activities. Is judgmental and sees the usefulness of all that exists.
Provides and support the freedom to express desires in a harmony-making way and does whatever it takes to achieve the experience of oneness.

Uses primarily sexual energy, sexuality and sexual acts to transform them into a higher consciousness and union of Shakti (Kundalini energy) and Shiva (Universal Consciousness).

Aims to achieve siddhis (psychic spiritual qualities) by utilizing all of creation and its contents.

A thorough preparation by using various Maha Kundalini Tantra™ techniques is necessary and prevents unpleasant symptoms during and after a spontaneous Kundalini awakening cq ascent (this on both physical, emotional and mental level) with an unprepared body.

Maha Kundalini Tantra™ is a methodical, didactic and structural technique. It deals with the generation of the Kundalini , the seven stages of Kundalini awakening and the union with the universal energy trough the Sahasrara chakra, on the crown of the head. This unique form of Tantra consciously uses the combined mental, emotional and physical energy of participants in a group formations.

Maha Kundalini Tantra™ pays specific attention to the spine, the endocrine system and the chakra system. The tantric exercises work directly on both the glands and nervous systems as well as on the chakras of the practitioner. As a result, the effect of the exercises is immediately felt and is recorded as an impressing experience; this is in contrast to dry theoretical material which is often quickly forgotten.

According to Tantra’s philosophy, the entire universe is a manifestation of pure consciousness. In the manifestation of the universe, this pure consciousness seems to be divided into two poles, neither of which can exist without the other.
One pole is masculin, static energy, and characterized by unmanifested consciousness. It has the power to be, but not the power to become or change. The other pole is feminine, dynamic, energetic and creative. She is the Great Mother of the universe, for it is she from whom all forms are created.

According to Tantra, a human is a miniature universe. Everything that exists in the cosmos can be found within each individual, and the same principles that apply to the universe also apply to the individual. In humans, Shakti, the feminine aspect, is called Kundalini.

Tantra practitioners realize that a potential force is present in the physical body. It is not a psychological, philosophical or transcendent force, it is a dynamic force in the physical body called Kundalini. Kundalini is a latent, cosmic energy that underlies all organic and inorganic matter within us.

The purpose of Maha Kundalini Tantra’s practice™ is to awaken this cosmic energy, the Kundalini, and allow it to rise through the energetic centers, the chakras, which lie along the axis of the spine as latent consciousness locations. The Kundalini will then unite through the crown of the head with the pure consciousness: after this fully conscious Kundalini awakening, the awakened reaches an experience of Nirvikalpa Samadhi – a state of Absorption without SELF-consciousness.

The practitioner is freed from the anchors:

At this stage, duality dissolves into unity and gains full and accurate access to universal knowledge and wisdom and experiences universal consciousness.

The Kundalini can be partially or completely awakened due to one or more of the following causes:

In order to be able to achieve a complete and conscious Kundalini awakening and rising, the tantric practitioner should ditach and dissolve from, among other things:

The first step in the process of Kundalini awakening is purification of the Nadis. Nadis are subtle channels, made up of astral matter, through which Prana and Kundalini energy flows. The main Nadis are Ida, Pingala and Sushumna. The awakened Kundalini energy flows through the Sushumna Nadi which runs through the spine. The Sushumna Nadi stretches from the Muladhara chakra to Brahmarandhra or the crown of the head

Signs that may indicate that the Kundalini has fully awakened are:

The tantric tradition knows that the mind can be expanded and that experiences do not necessarily dependent on an object. This means that if someone is playing music, I can hear it, and if someone has made a painting, I can see it, but I can also see if there is no image, and also I can hear if there is no music.

Visible physical structures are a result of expansion or compressing energy.

It is a proven fact that we can experience physical illusion in more than one way through our senses. Until not long ago, the scriptures of Buddhist psychology were the only source of this knowledge. In recent years, quantum physics came to the same conclusion and proved it. Thoughts are temporary energetic ripples that, like the waves of the sea, appear and disappear; they contain no independent realistic existence.

The second type of experience can occur as the mind expands beyond its own definitions and boundaries; when this experience accures, the life energy of the human  is detached from the illusion of ¨Self¨. This experience is called Nirwana, Moksha or full Self-Realization. Yogis call this experience Samadhi.

“Although many people think that in Samadhi or Nirwana everything is completely complete, it is certainly not a process in which the world is abandoned. Nothing is completed, only one level of experience ends, but then a next level begins.
Knowledge taken from books or taught by gurus can never free a man until its truth is properly researched and applied; only direct work will do that. Make yourself a thing of the year by turning the mind in.”